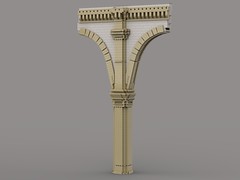 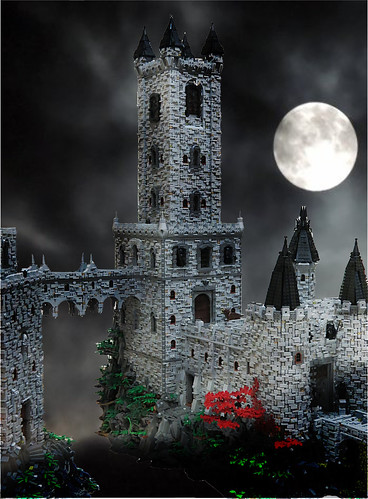 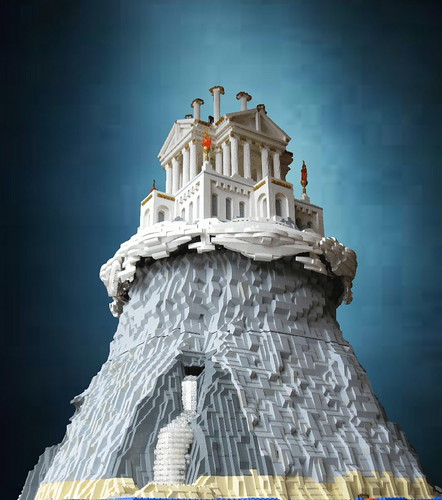 According to the greek myth, Heracles saves Prometheus that was chained by Zeus after he has stolen the fire and gave it to humans. This diorama reflects the imagination of Mihai Marius Mihu about the story of Heracles confronting some myth creatures who guarded the temple on the foot of the mountain where Prometheus was chained.

(I wanted to include the chained Prometheus in the diorama but the lack of pieces forced me to make them separated www.flickr.com/photos/mihaimariusmihu/9515653462/). The emblem on the minotaur shields and the decorative bird statues on the architecture are to relate to the eagle that torments Prometheus.

Journey to Camelot is another cool micro-construction of the legendary city of Camelot. This version of Camelot was built by blego7 with great construction techniques (see the pictures bellow). The small boat is one of my favorites pieces in this layout.

Here’s one of the most interesting details of this construction, where blego7 used a pile of small 1 x 2 panels to show this nice “stair” effect:

“Atlantis before the Fall” is a brilliant entry for the Mini Castle Contest VI at Classic Castle submitted by Rod Gillies (aka 2 Much Caffeine). The use of binoculars to build the stone columns of the temples was a brilliant idea. Great work!

You may see more pictures here.

Michal Herbolt built an impressive Tower of Babel according one theory that associate the mythical tower to the Etemenanki structure. He uses small round plates to show the scale of the building compared to the human size.

Here’s a small historical introduction given by Michal:

This tower was described in the Bible, but there was no proof of its existence. Robert Koldewey re-discovered Babylon and ruins of this great ziggurat after 1913. It was built during or after the reign of Chammurapi (1792 – 1750 BC). The ancient builders needed more than 17 millions fired bricks. The height of the tower was 91 m. The year 331 BC was the last for the tower. It was demolished, but never re-build.

Atlantis is a legend on human history and Chris Phipson represented the last moments of the city with this simple but yet interesting MOC.

Read more about it at MOCPages.